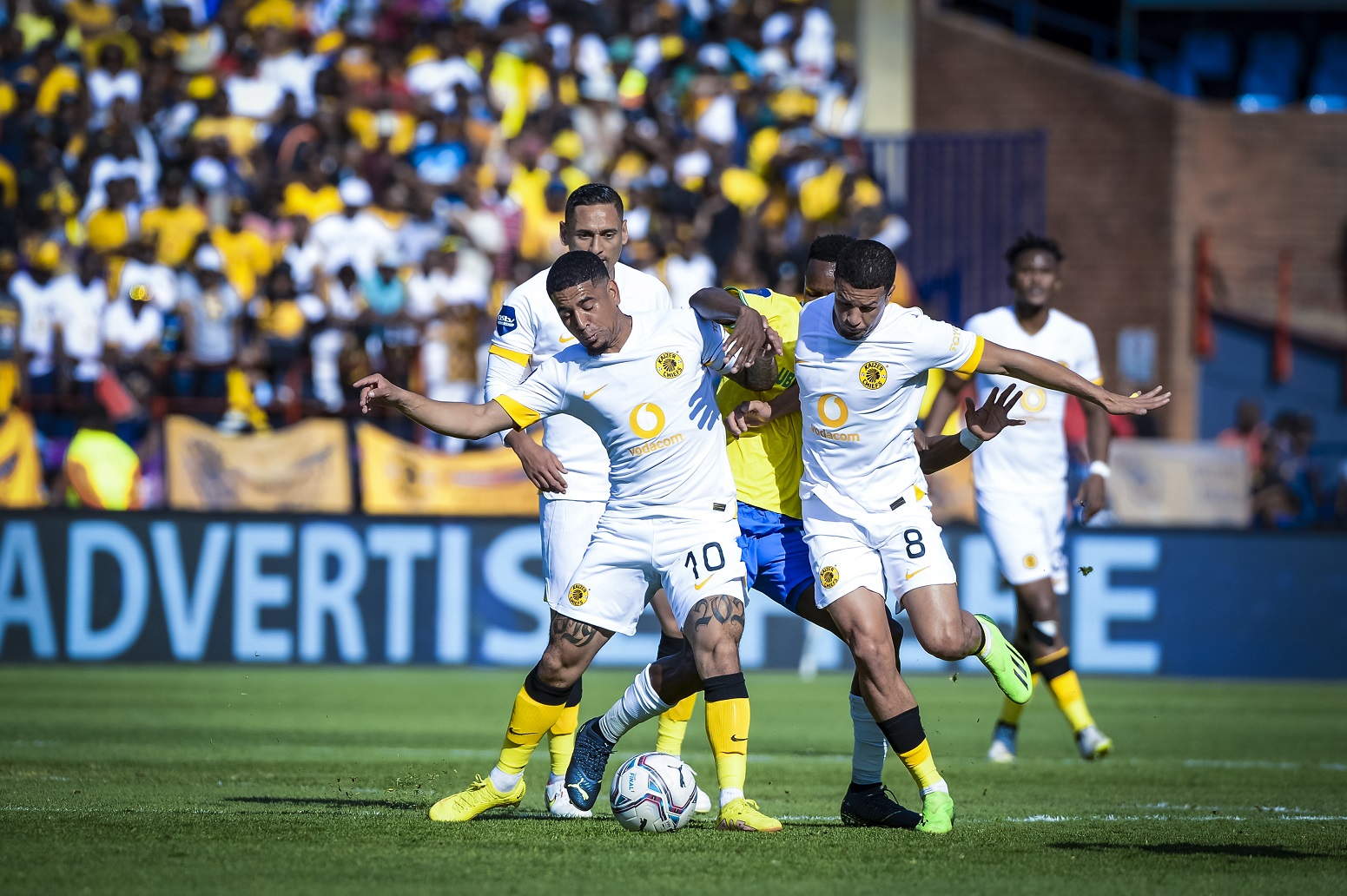 Kaizer Chiefs fell to a 4-0 loss to Mamelodi Sundowns at Loftus Stadium in Pretoria on Saturday afternoon,

Amakhosi went behind early on when Gaston Sirino pounced on a defensive lapse to put the hosts in front.

Peter Shalulile grabbed a brace converting a penalty in the 17thminute and scoring a second in the 53rd minute.

The scoring was rounded off by Ahmed Abubeker Nasir, who scored his first goal for Sundowns in the 76th minute.

Hesitancy early on at the back saw Chiefs go a goal down in the 6th minute. Zitha Kwinika played the ball square across goal to Siyabonga Ngezana who attempted to roll the ball back to Bruce Bvuma. His first touch was heavy and his second pass was short and Sirino was able to race in and blast the ball past Bvuma to put the hosts a goal ahead.

As Chiefs tried to find a way back and were in the ascendency, they conceded a penalty with Ngezana throwing Shalulile to the ground, though in a case of mistaken identity referee Victor Gomes handed out a yellow card to Kwinika. The Namibian stepped up and sent Bvuma the wrong way to put Sundowns 2-0 up and in control of the game at that stage.

As the game approached the half hour mark Chiefs were beginning to make inroads but were left to try their luck from distance and were unable to hit the mark.

Amakhosi’s best chance fell to Cole Alexander in the 31st minute, as Khama Billiat backheeled a long ball into his path inside the right channel of the Sundowns 18-yard area, which Alexander powerfully connected with but drilled his effort past Ronwen Williams and into the side netting from a tight angle.

Billiat was again to the fore in the 37th minute racing down the right wing before sending the ball to a central area picking out Yusuf Maart, who went for goal at the first time of asking but sent the ball over Williams' goal.

In the final minute of the first half Billiat’s delicately lofted free kick from the left was headed wide of goal by Ngezana, as the teams headed into the break with Sundowns 2-0 ahead.

Chiefs began the second half with a spring in their step and were unfortunate not to have had a goal back, as Dillon Solomons was able to hack the ball across goal after some hesitancy from Aubrey Modiba, the ball fell to Reeve Frosler who dragged the ball wide of goal.

Sundowns went up the other end and Shalulile knocked the ball home from close range to make the score 3-0 in the 53rd minute.

Chiefs had a route back into the game as Amakhosi's second half substitute Kgaogelo Sekgota was brought down by Thapelo Mokoena as he chased a ball from Billiat down the right.

From the resulting spot kick Billiat sent the ball to the right of the goalkeeper with Williams able to make a lunging dive to keep his goal intact and stop the spot kick.

The game was put to rest late on when Sundowns' Ethiopian international Ahmed scored a fourth for Sundowns in the 76th minute, with a good piece of individual skill he made space for himself and curled the ball round Bvuma to make the score 4-0.

Chiefs will now look ahead to their next league game against Richards Bay on the 20th August, with kick off for that game at 20h00.