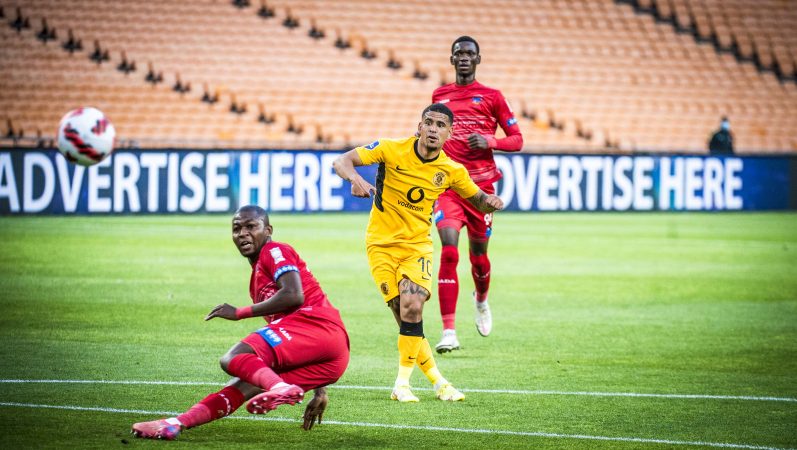 Just three days after registering a 3-1 win over Chippa United out in Gqeberha on Saturday, Kaizer Chiefs will take on TS Galaxy in another DStv Premiership encounter this evening at FNB Stadium.

In a corresponding fixture played at Mbombela Stadium in August 2021, the two sides played to a goalless draw. Galaxy though did manage to knock Amakhosi out of the Nedbank Cup in February this year.

TS Galaxy are still wounded after suffering a 4-1 defeat to Royal AM at the weekend, and are in the relegation zone and find themselves languishing in position 15 on the log. They have collected 18 points after 23 matches.

Hosts Amakhosi are 3rd with 38 points after 21 outings. They will want to continue chasing the teams that are above them on the log.

With the Glamour Boys only managing one training session after the last match, coach Stuart Baxter has decided to only make one tactical change + one forced change to the team that started the match against Chippa on Saturday. This is as two of Saturday’s substitutes and goalscorers, Cole Alexander and Keagan Dolly replace Phathutshedzo Nange and the suspended Khama Billiat, respectively.

Brandon Petersen is in goal for Amakhosi.

The back four remains unchanged with Siyabonga Ngezana, Ramahlwe Mphalehlele, Austin Dube and Reeve Frosler on the left.

In midfield, Alexander will work with Njabulo Blom and Kearyn Baccus.

In attack Chiefs have will Bernard Parker on the left and Dolly on the right.

Samir Nurković who scored his first goal of the season on the weekend will once again lead Amakhosi’s attack.

Bernard Parker is the captain.

The officials are referee is Eugene Mdluli. He will be assisted by first assistant Brian Kganyago and the second assistant is Cledwyn Baloyi. The fourth official is Joseph Makhubo.

The match between the Phefeni Glamour Boys and the Rockets will kick off at 19:30 at FNB Stadium in Nasrec. This will be the last game Amakhosi play without supporters in the stadium. The match will be live on SuperSport’s PSL Channel 202 on DStv, with live commentary on various SABC radio stations. The Club will also provide regular updates of the action on Twitter @KaizerChiefs.