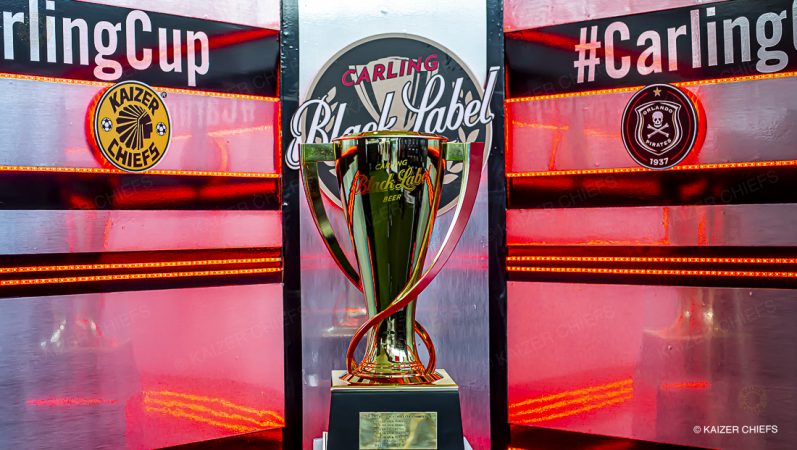 Amakhosi fans have selected a powerful starting XI to play against Orlando Pirates when the two Soweto giants meet again in the Carling Black Label Challenge on Saturday at FNB Stadium.

While perennial fan favourite Itumeleng Khune unfortunately misses out, Brandon Petersen was a very popular choice to start in goal for Chiefs in the semi-final of this tournament, which has a R2-million winners’ prize.

Erick Mathoho, Edmilson Dove, Njabulo Ngcobo and S’fiso Hlanti comprise a solid back four, while Amakhosi fans have opted for a youthful, exciting midfield to take on the Buccaneers.

Kgaogelo Sekgota cements his status as a firm favourite among the Amakhosi faithful with a starting berth on the wing, while Njabulo Blom and the hero of the victorious Soweto Derby a fortnight ago, Yusuf Maart, anchor the midfield alongside Nkosingiphile Ngcobo, who is also rewarded for his good Derby performance last time out.

Up front, Chiefs fans have gone for the tried and tested, with one of Amakhosi’s standout players of the season Keagan Dolly paired with his established partner in football crime Khama Billiat in attack.

Fans can still vote for the Amakhosi captain by dialling *120*660#.

The match kicks off at 12h00 on Saturday, with AmaZulu and Sundowns playing in the first match of the day at 09h30.

The third place playoff will be a penalty shootout at 15h30 and the final is scheduled to kick off at 17h00.

The match will be broadcast on SuperSport’s PSL Channel 202.

The final Kaizer Chiefs Starting 11 as selected by the fans is: