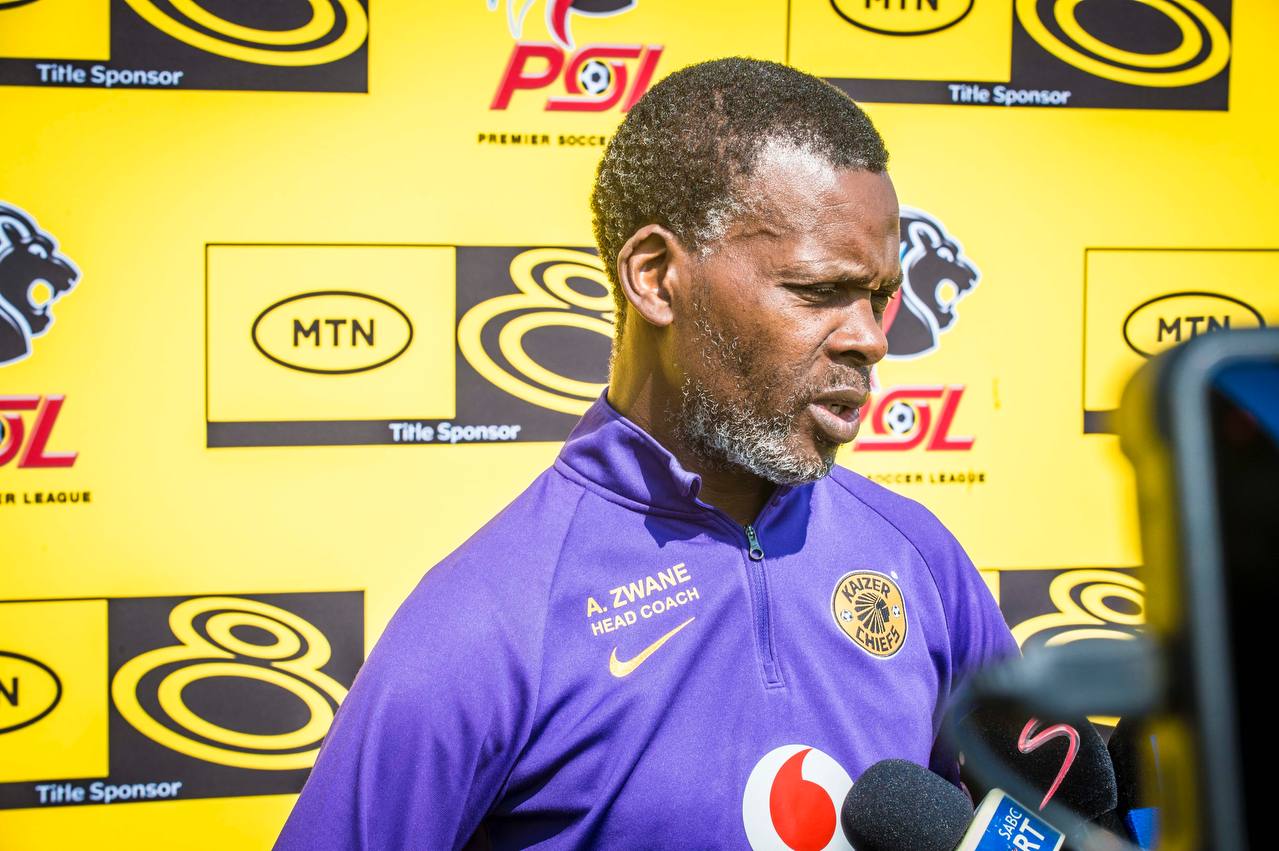 On the state of the Chiefs squad ahead of the MTN8 semi-final first leg against AmaZulu:

We’ve been conceding silly goals at the back and need to ensure we tighten up the screws at the back and get the tactical understanding right. The boys are looking good. We obviously don't want to concede at home and want to score two or three goals to give us that advantage going to Durban for the second leg. Coming into this game we know are are playing against a difficult team with a good technical team, good players and a solid structure as well. They have not been doing badly if you could look at where they are on the log. They are not in the semi-finals by fluke and deserve to be there.

On what to expect from AmaZulu:

We just don't know how they are going to approach this game. Sometimes when they play away they will have five at the back and try and sit back and sneak in a goal and try and suck us in so they get into the spaces in behind. That's what we have been working on, to not give them space on the ball to see the runs. If we can execute that plan and if we do so we stand a good chance of winning the game.

On the balance of his squad and juggling game time during a busy period:

We always believe every player registered for Kaizer Chiefs this season deserves to be part of the team. That’s the reason when we played the friendly game against Royal AM we tried to balance the match minutes and give other players the opportunity, so they can also gain their confidence by playing. We had a lot of positives, for us it was not about winning the Macufe Cup, but about playing the game and seeing where the other players are. On the day we achieved our ultimate goal. Coming into this game there are players who can be impact players who participated in that game. That’s the luxury we have, we have impact players and players coming from the national team, who did well in the national team setup.

On his thoughts on his squad’s progress:

We are on the right track. We are taking things as it comes, especially when it comes to games. We getting closer to where we want to be.

It’s a tough month for us, games will be coming thick and fast. We will have to package the three games we have this week and we had to make sure we prepare for these three games, which is AmaZulu, Swallows and Stellenbosch. Then we have another week to prepare for those games. It’s going to be a tough month, but we will be ready. We are showing good signs, it’s just a matter of taking the goalscoring opportunities we create and make sure we shut the back door and don’t concede cheaply.

There are a number of injuries in the squad.