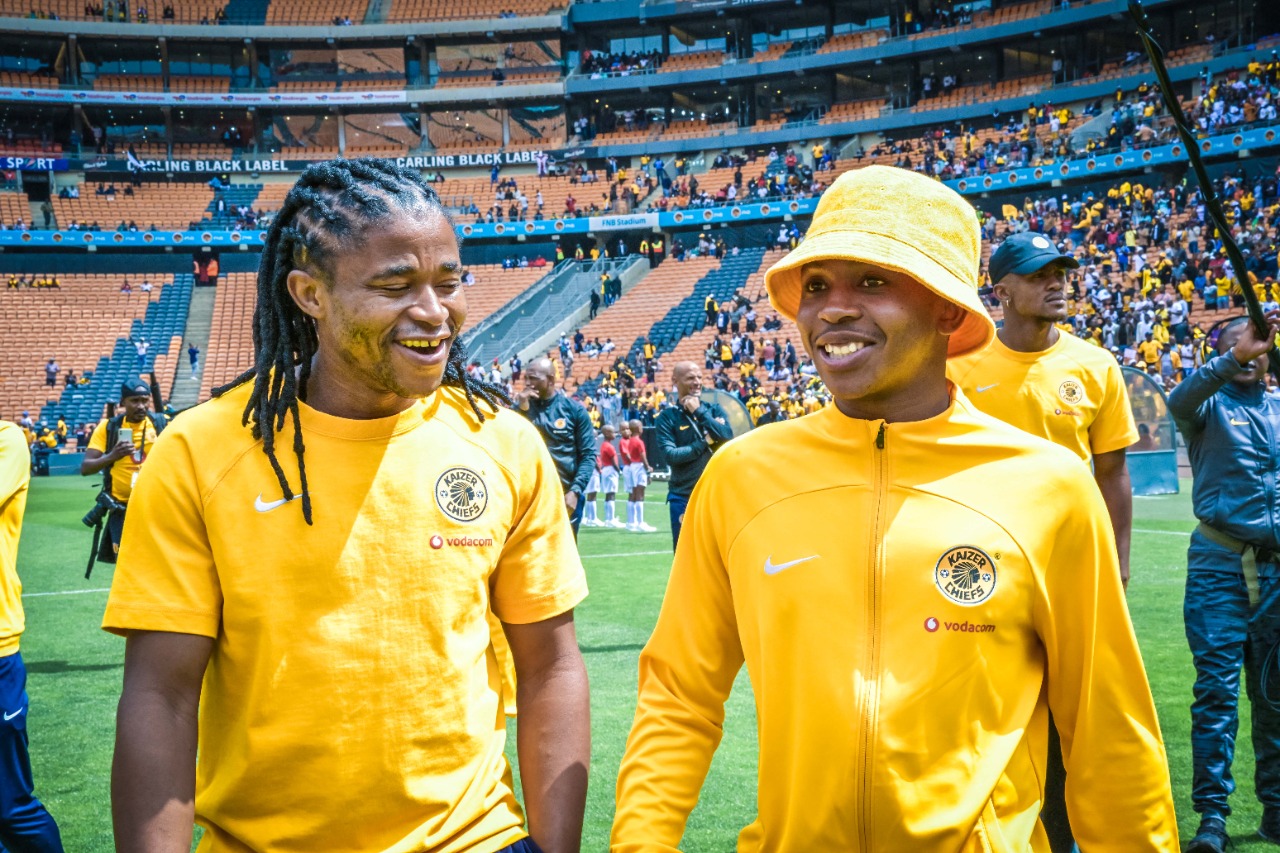 Kaizer Chiefs and Orlando Pirates will meet in an official match for the 176th time this afternoon when they take each other on in the DStv Premiership hosted at FNB Stadium with Pirates as the team.

The game is very special to millions of supporters in South Africa and will have a full stadium for the first time since February 2020. There have been six games between then and now, all played behind closed doors owing to the Covid-19 regulations.

The big Soweto Derby will see Chiefs wanting to extent their dominance over Pirates to 73 wins, with Pirates having won 44 matches since they first met in 1970.

Chiefs won both Derby matches last season by beating Pirates 2-1 both at home and away in the league.

The two Soweto giants will have a number of players featuring in the Derby for the first time and who be looking forward writing the names in the history books of this colossal match.

The two teams’ coaches will also be leading their teams for the first time in this fixture, however Coach Arthur Zwane has tasted Soweto Derby victory as a player and assistant coach.

The last time the two teams were in action, Chiefs drew 0-0 against AmaZulu and Pirates beat Mamelodi Sundowns 3-0 in their respective MTN8 semi-finals last weekend.

Coach Arthur Zwane has made a few tactical changes in the match, with Reeve Frosler being replaced by Dillan Solomons, Nkosingiphile Ngcobo coming on for Kgaogelo Sekgota and in attack, Khama Billiat taking Bonfils-Caleb Bimenyimana’s spot.

The team will go for a 4-3-3 formation again this afternoon.

For this afternoon’s match, Brandon Petersen will return and start for Amakhosi in goal.

Zitha Kwinika and Edmilson Dove are once again at the centre of defence with S’fiso Hlanti on the left and Solomons on the right.

In midfield, the reliable Njabulo Blom is with Yusuf Maart. Ngcobo will play slightly ahead of the two midfielders.

In attack Ashley Du Preez and Keagan Dolly will play either side of Billiat, who will lead the attack.

Dolly will captain the team.

This afternoon’s match officials are referee Victor Gomes, who is said to be officiating his last match. Assistants will be Zakhele Siwela and Moeketsi Molelekoa. The fourth official is Sandile Dilakane.

The Glamour Boys’ and the Buccaneers’ first Soweto Derby of the season starts 15:30 at FNB Stadium in Nasrec. The sold-out match will be live on SuperSport’s PSL Channel 202 on DStv, SABC 1 and various SABC Radio stations, with regular updates of the match on Twitter @KaizerChiefs.