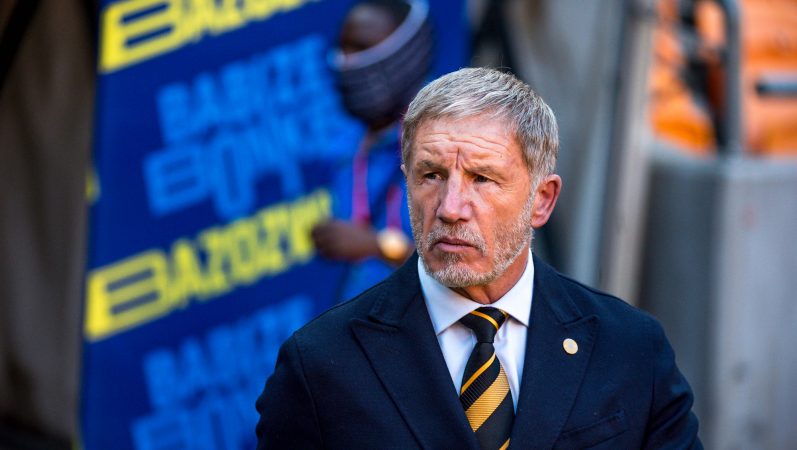 Kaizer Chiefs coach Stuart Baxter believes it may be a case of his charges “caring too much” about improving the club’s league fortunes which is weighing heavily on them in their DStv Premiership campaign.

Speaking after Amakhosi’s goalless draw at home to TS Galaxy at FNB Stadium, Baxter said there could certainly be no faulting his team’s desire to achieve the best possible results for the club.

“We’ll look at the footage and see if we can find tactical reasons. We’ll look at the stats and see if we can see physical reasons, but I can’t unfortunately get inside their heads and find out about the psychological reasons, but I can suspect that the players are playing with too much anxiety at the moment. That when things don’t go their way, they take it hard. It’s not a question of whether they don’t care, it’s a question of whether they care too much and they feel that the shirt weighs a little bit heavy and at halftime I tried to address that,” Baxter told the media after last night’s game.

Baxter felt his team started the game well and dominating the opening exchanges, without having the cutting edge needed to break down their opponents.

After their early dominance, though, “it became the game we didn’t want”.

“We lost the ball, they lost the ball, they give us the ball, we give them the ball and there was just no real fluency to the game. And in that situation either team can score. So we tried to address that at halftime. We left the same shape, came out in the second half and it wasn’t better. Even though there were chances at both ends. I think that when we went to a 4-3-3 and Bibo (Sabelo Radebe) and Mshini (Nkosingiphile Ngcobo) were in the pockets, we had more of the ball and we created better chances,” said Baxter.

The coach bemoaned the chance Mshini had which hit the bar and stayed out, which could have given Chiefs a badly needed three points.

“Mshini comes in and we want to get him into the pockets driving in on that left foot and we got him in an ideal situation and he gets his shot away and it’s a coat of paint isn’t it? And that’s the nature of the beast. If that had gone in, it would have probably reflected the game. I think we shaded it, we didn’t dominate it, but we probably shaded it. And it wasn’t to be so we have to accept it,” said Baxter.

The Chiefs coach had called on his players to play without fear before the game, but felt that they may have played a bit within themselves.

“It needed a tactical change before we relaxed a bit and started playing the sort of football that we want to play. Yes, there will be mistakes when it’s slippery and there’s an aggressive opponent. But the important thing is that we dare to play and dare to make a few mistakes. I think that’s maybe the difference between our good performances and our poor performances,” said Baxter.