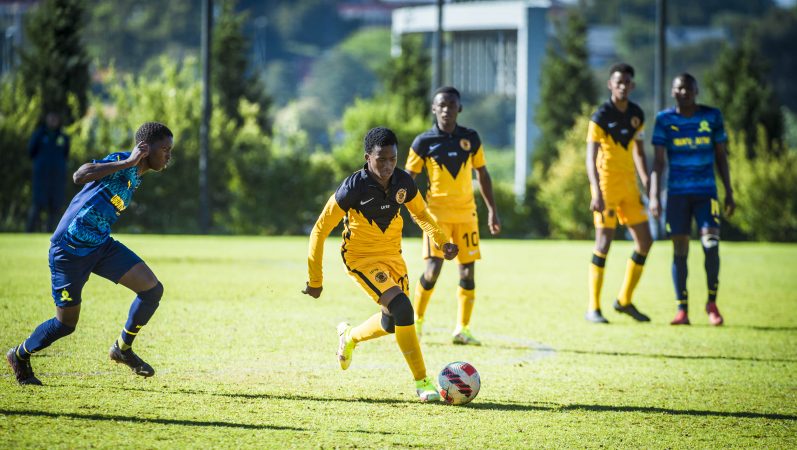 Chiefs’ under-13 team will kick off proceedings at 9am with a clash against SuperSport United. The game will be followed by the under-19s final between Amakhosi and Kathorus Hyper Academy at 10:30. The final match of the day will see Amakhosi face Kathorus Hyper Academy’s under-17 team as they bring the curtain down on this year’s GDL competition.

“We are looking forward to a great day of football with our young players who have made the 2021 GDL finals,” says Head of Technical and Youth Development Molefi Ntseki.  “As we’ve said, we are very proud of the boys because they have really done well for us as Kaizer Chiefs, the coaches and for themselves.

“Having three teams in the finals is a big deal for us. We are happy and proud of this achievement. The only team that didn’t make the final is the under-15 team but they also came close as they lost on penalties in the semi-finals. This says we are on the right track in terms of developing good players for the future but also teaching and instilling the winning mentality that Kaizer Chiefs is known for.”

Winners will receive their trophies after each match before they go on their end-of-season break to focus on the final year examinations.

“We wish our U-13s, U-17s, U-19s and the coaches best of luck because we know they have done their best to prepare for their matches. We will be behind them and hope they bring the trophies home to Naturena,” concludes Ntseki.

Updates and results for the matches will be shared on the Club’s social media platforms.