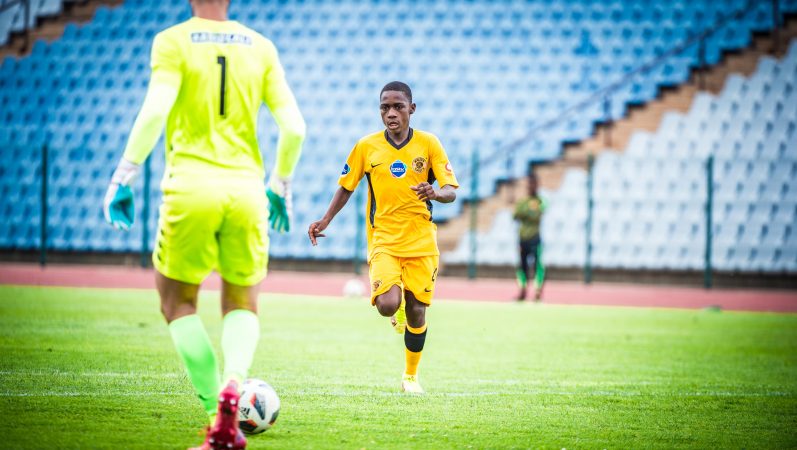 Chiefs came into the game on the back of loss in their previous game against log leaders Stellenbosch FC, but they bounced back in style halting their hosts who were looking to close the gap on Stellenbosch.

Chiefs reserve team coach Vela Khumalo spoke glowingly of his team’s performance and also points out to where their inspiration for this win came from.

“We had six key players missing,” he confirmed. “We gave other lads time to come in and they won the game. I am also happy with the performance. The boys wanted to emulate the first team’s result from Saturday.”

Chiefs goals were scored by Donay Jansen and Mfundo Vilakazi who netted a 90th minute winner. Coach Vela spoke glowingly of Vilakazi’s influence. “Look at Mfundo, he’s 15 years old, and he creates a goal out of nothing. He took on players, dribbled past them and he gave us what we wanted, which was a win.”

The coach also addressed false media reports that Vilakazi had been banished by him dismissing them as untrue. “We need to manage him – he is a young boy and very disciplined. I am not entertaining the social media talk about him. He’s at school and is part of the academy at the moment. As a player, he will grow and we will help him to minimise mistakes most importantly.”

With a game against Royal AM up next, the Chiefs coach could not be in a more positive frame going forward and has a problem he is pleased to deal with.

“There were great moments in this game. Look at Donay coming in for the first time and scoring. Bongho Lawana also playing well at the back, it is a headache for me because you have players who put up their hands and did well. Who do you leave out for the Royal AM game?” he said.

The Chiefs reserves will be back to the drawing board this week as they look forward to hosting Royal AM on Saturday. If the signs from the earlier nine goal thriller between the teams are anything to by, when Royal AM edged Chiefs 5-4 in January; then this game will again provide plenty of action and end to end drama with more goals predicted.